The Country of the Face-Blind 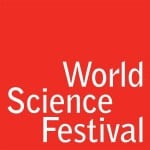 Prosopagnosia, or “Face Blindness,” can be a devastating affliction.

Imagine: after suffering a stroke, the faces of your loved ones are no longer the unmistakable visages they once were, but are now unrecognizable collages of noses, lips, eyes, and ears.  You can’t tell your loved ones from strangers, and mirrors are less reflections of yourself than they are opportunities for embarrassing run-ins with a similar looking person who has a spot-on impression of you.

Friday evening’s World Science Festival event “Strangers in the Mirror” was a poignant , compelling, and surprisingly (though respectfully) humorous glance into the lives of the face-blind.  The event was moderated by Robert Krulwich (Radiolab, Nightline, Frontline) and the guests were neurologist and author Oliver Sacks and the artist Chuck Close.  Both men are notable thinkers in their respective fields, prolific in their bodies of work, talented orators and educators, and severe prosopagnosics.

Sacks began the narrative of his disease with a story:  He and a physicist made plans to meet at a restaurant for some scientific musing.  On his arrival, the hostess sent Sacks to the table where the physicist was sitting, and they began their conversation.  Unbeknownst to Dr. Sacks, his dinner guest also suffered from severe face blindness.

This improbable fact was not discovered by either man until the physicist, after a course or two, went to the bathroom. He emerged to find that neither he nor Sacks remembered each other’s faces.  An amusing manhunt ensued as the physicist looked for the right table and Sacks wondered where his guest was, like two blind-daters searching for each other at a crowded restaurant.

Sacks first acknowledged his deficit when he was twelve.  He recounted “saying hi to people I didn’t even know,” in a kind of lottery strategy so that he may eventually say hi to a friend and put on that he recognized them.

While Sacks noted sometimes remembering the faces of his loved ones after years of exposure (an important consolation that some prosopagnosics lack), at times he is subject to forgetting even the most recognizable faces – he playfully remarked about “apologizing for almost running into an older bearded man,” who happened to be his reflection.  Krulwich then asked if he recognized his neighbors and Sacks swiftly quipped, “I recognize their dogs.”

Chuck Close has a similar story.  He also felt he was “born with” the deficit and believed it to be his main push towards painting portraits.  He knew he was disabled (though there was likely no word for face blindness at the time of Close’s youth), and thoughtfully mentioned that disabilities often implore one to “find other venues for their intellect.”  Without explaining what “other” really meant, his implication was clear – face blindness certainly blocked some “traditional” professional paths, professions that involve working closely with people and managing day-to-day social interactions.  Close chose the life of the artist.

Close’s inimitable portraits are known for their juxtaposition of the part and whole of the image – each portrait is made up of small square paintings that, on their own, resemble abstract shapes.  However, when the viewer pulls back from the painting the whole face is revealed. 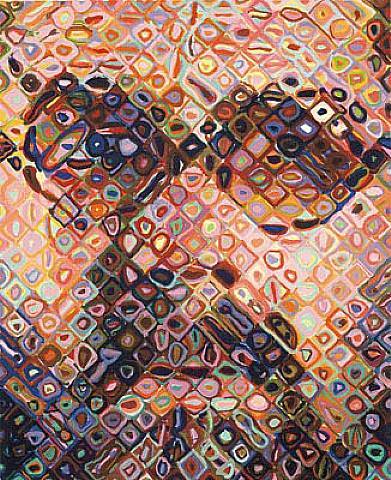 Curiously, Close mentioned having less trouble recognizing celebrity faces than faces in his daily life.  He found it easy to recognize faces when they were static, “flattened out” images (portraits!), but struggled in 3-dimnesions, saying, “move your head one half inch and it’s a face I’ve never seen before.”

The neurophysiology of face blindness is certainly not completely understood, but there are some hints.  The fusiform gyrus is the area of the cortex involved specifically with facial recognition, and surely plays a role in face blindness.  Acute damage to the area (stroke, cancer, injury) is thought to be related to trauma-induced face blindness.  However, Sacks and Close both have congenital face blindness, and they both report other deficits, including problems with remembering places and navigating.  I caught up with Dr. Sacks after the event and asked him if this points to a more systematic (rather than acute) problem in the congenital vs. acquired prosopagnosic brain.  He said that probably is the case, and referred to his own illness as less of a specific face-recognition deficit than as a more categorical issue – the face as a whole is not a category-worthy object to him because he only sees it in parts (eyes, mouth, nose), and this makes it less likely to lodge in his memory.  It seems that congenital prosopagnosics have trouble seeing the forest instead of the trees.

At the end of the meeting, Krulwich, Sacks, and Close discussed the prevalence of face blindness in the world, and it seems clear that many more people have it than we think and much more can be done to help them.  Sacks painted a picture of hundreds of thousands living in “private embarrassment,” while Close lightheartedly joked about the vast number of prosopagnosics that are likely incarcerated.  Eventually those who suffer from face blindness will know they don’t suffer alone, and perhaps seek therapies that can mitigate the social and personal fallout of the disease.  It only takes the successes of two men like Dr. Sacks and Chuck Close to see that there are always “other venues,” for the disabled among us.  I await a prosopagnosic-written comedy screenplay about a man who incessantly apologizes to a stranger in the mirror.